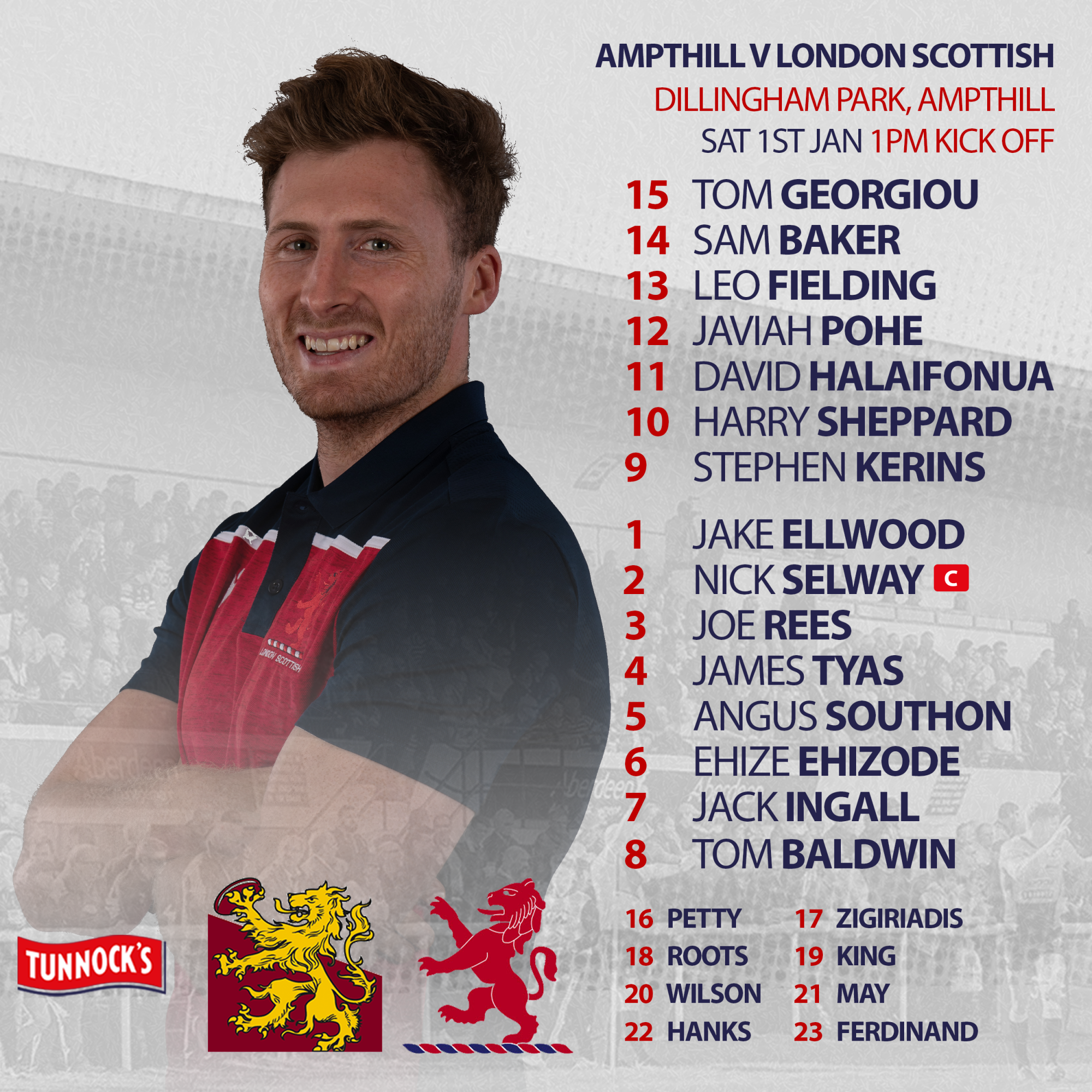 Matt Williams has named a strong side for the New Year’s Day clash away at Ampthill.

Up front, Nick Selway continues as captain and is reunited with Jake Ellwood and Joe Rees who start at loosehead and tighthead prop respectively.

Angus Southon returns to the starting team, lining up with James Tyas in the second row.

In the back row, after impressing on Boxing Day, Jack Ingall keeps the seven shirt, while Ehize Ehizode shifts to the blindside. Tom Baldwin comes in at number 8.

The only change in the backline comes at scrum half, with Stephen Kerins partnering Harry Sheppard.

After his impressive display at 13, Leo Fielding remains with Javiah Pohe in the centres.

Out wide, try scorers Tom Georgiou and Sam Baker unite again with David Halaifonua in the back three.

Among the finishers, Sam Hanks will be looking to perform as he returns to Dillingham Park.