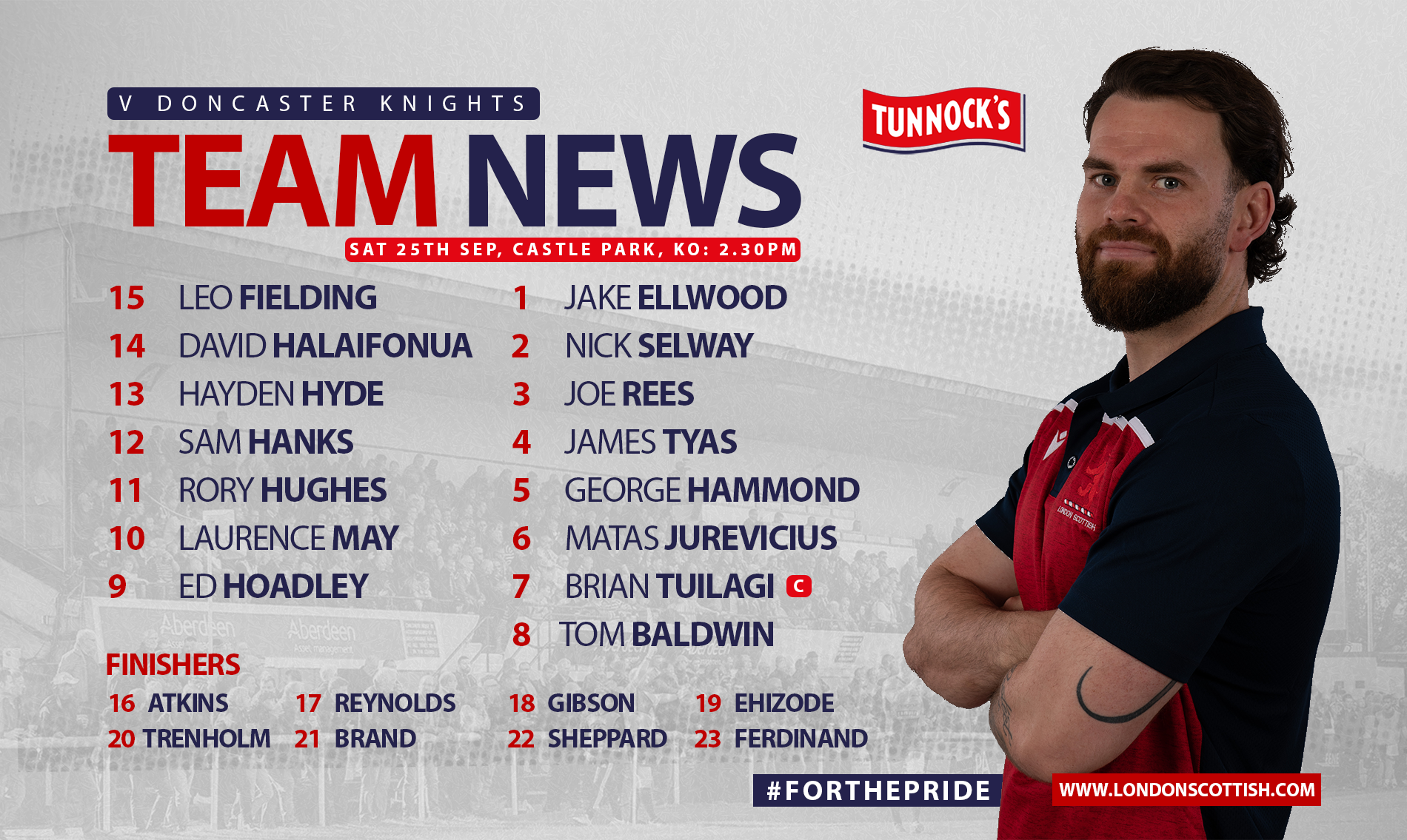 Matt Williams has named another strong side as we go on our first away trip of the Championship season to face full-time outfit Doncaster Knights.

There are five changes in total to the starting side that suffered an opening day defeat at home to the Jersey Reds.

In the front row, Jake Ellwood comes in for Curtis Reynolds at loosened and will be packing down alongside Nick Selway and Joe Rees.

In the engine room, James Tyas keeps his spot and will be packing down alongside Harlequins duel-registered player George Hammond, who is especially good in the lineout.

A niggle to Jack Ingall has meant that there has been some reshuffling in the back row. Captain Brian Tuilagi shifts to openside, while Tom Baldwin will make his competitive debut at number 8. On the blindside, Matas Jurevicius returns to London Scottish, now while duel-registered with Harlequins. Matas initially came through the London Scottish ranks and impressed so much while playing for us during the 2019/20 season that Quins signed him permanently.

After impressing off the bench, Ed Hoadley starts at scrumhalf while Laurence May continues at flyhalf.

There’s been some rearranging in the backline, as Sam Hanks comes into the centres to make his competitive debut. He’ll accompany Hayden Hyde while David Halaifonua moves to the wing as Noah Ferdinand will look to provide imputes as a finisher. Rory Hughes and Leo Fielding continue on the left wing and at fullback respectively.

“Despite the scoreline, there were a lot of positives to take out of last weekend.” said Matt Williams. “For the vast majority of the boys it was their first experience of playing competitively for the London Scottish and moreover there were 10 players making their championship debut.

“It’ll be another tough test against another full time team looking to push at the top of the table, but we have our areas of focus on both sides of the ball, and if we execute what we’ve practised this week I’m confident we can cause Doncaster a few problems along the way!”

If you can’t make the trip to Castle Park this weekend, be sure to join us down at the RAG next Saturday as we face below part-time outfit Ampthill. Grab your tickets here.