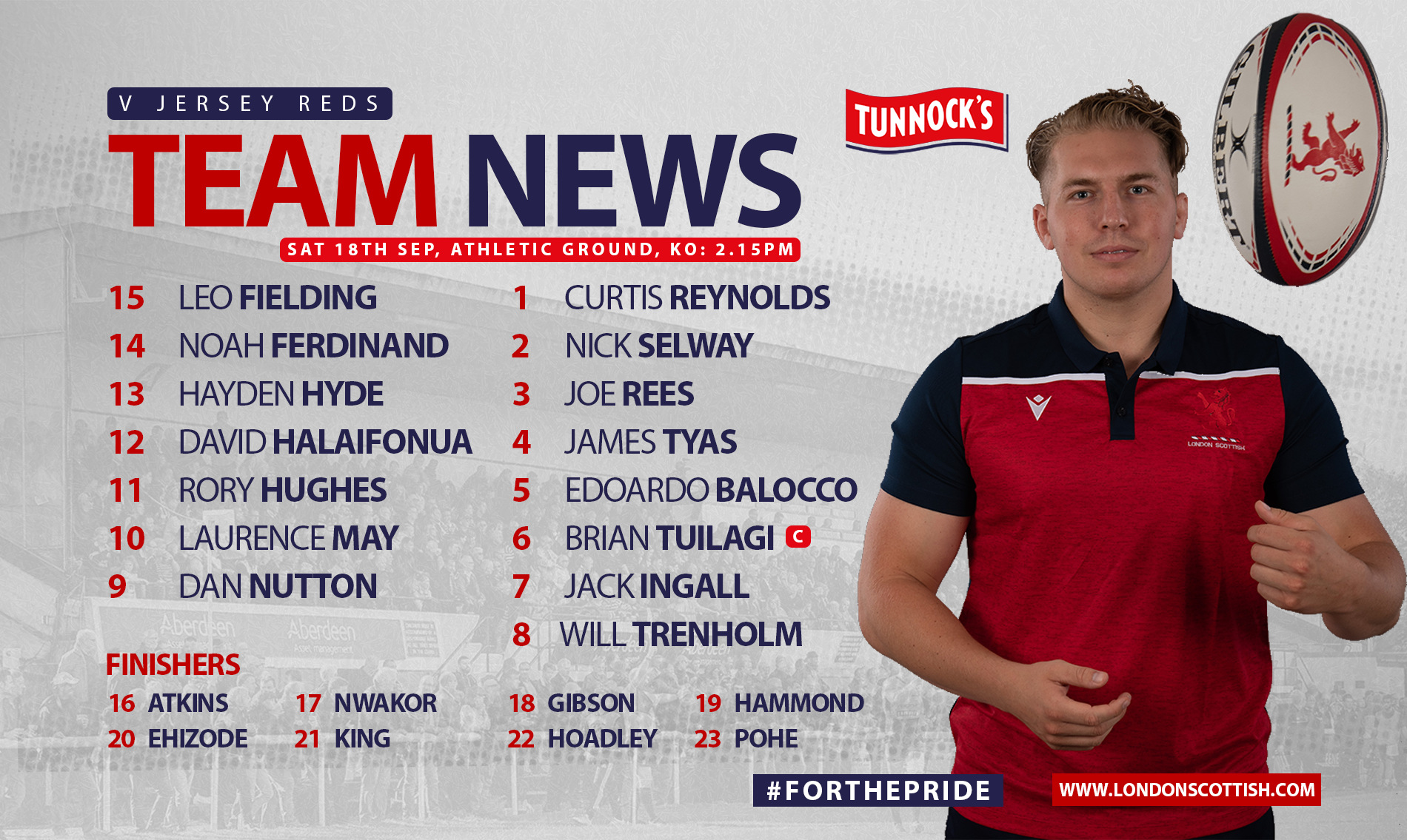 After a long 18 months, Matt Williams has named a strong side as London Scottish finally return to competitive action against Jersey Reds.

Up front, the trio of Curtis Reynolds, Nick Selway and Joe Rees will look to continue causing havoc to opposition scrums while James Tyas and Edoardo Balocco reunite to pack down in the engine room.

In the back row, freshly appointed Club captain Brian Tuilagi starts at blindside, while Jack Ingall comes in at openside after a superb performance off the bench away at Nottingham last weekend. At number eight, Will Trenholm (duel-registered with Harlequins) promises to cause excitement with his strong footwork and outrageous offloads.

Dan Nutton and Laurence May continue at half back and will be supported by the strong running David Halaifonua at 12. He will be partnered by another Quins duel registered player, Hayden Hyde, who made a real impact when he came on for the last 30 minutes at the Bay.

Out wide, Rory Hughes returns and partners Noah Ferdinand and Leo Fielding to make a strong back three.

Seven out of the eight finishers will make their competitive debut when they take to the field on Saturday, with Club stalwart Ed Hoadley providing further experience among them.

When asked about the game Matt said; “This is what we’ve been building towards, playing competitive rugby in this league. There have been some moments in preseason where things have really clicked. With only four hours of time together during the week, we are progressing rapidly from a non-start and there is real hunger in the squad, and excitement, as we carry the underdog tag.

“There are 12 debutants in the starting XV and a further seven of our eight finishers which shows the monumental task we’ve had in rebuilding London Scottish. When the full time whistle blows, we hope that all our supporters can be proud of their new Lions.”

If you haven’t got your tickets for the game already, be sure to pre-buy them via Eventbrite to ensure you avoid the queues on Saturday afternoon!