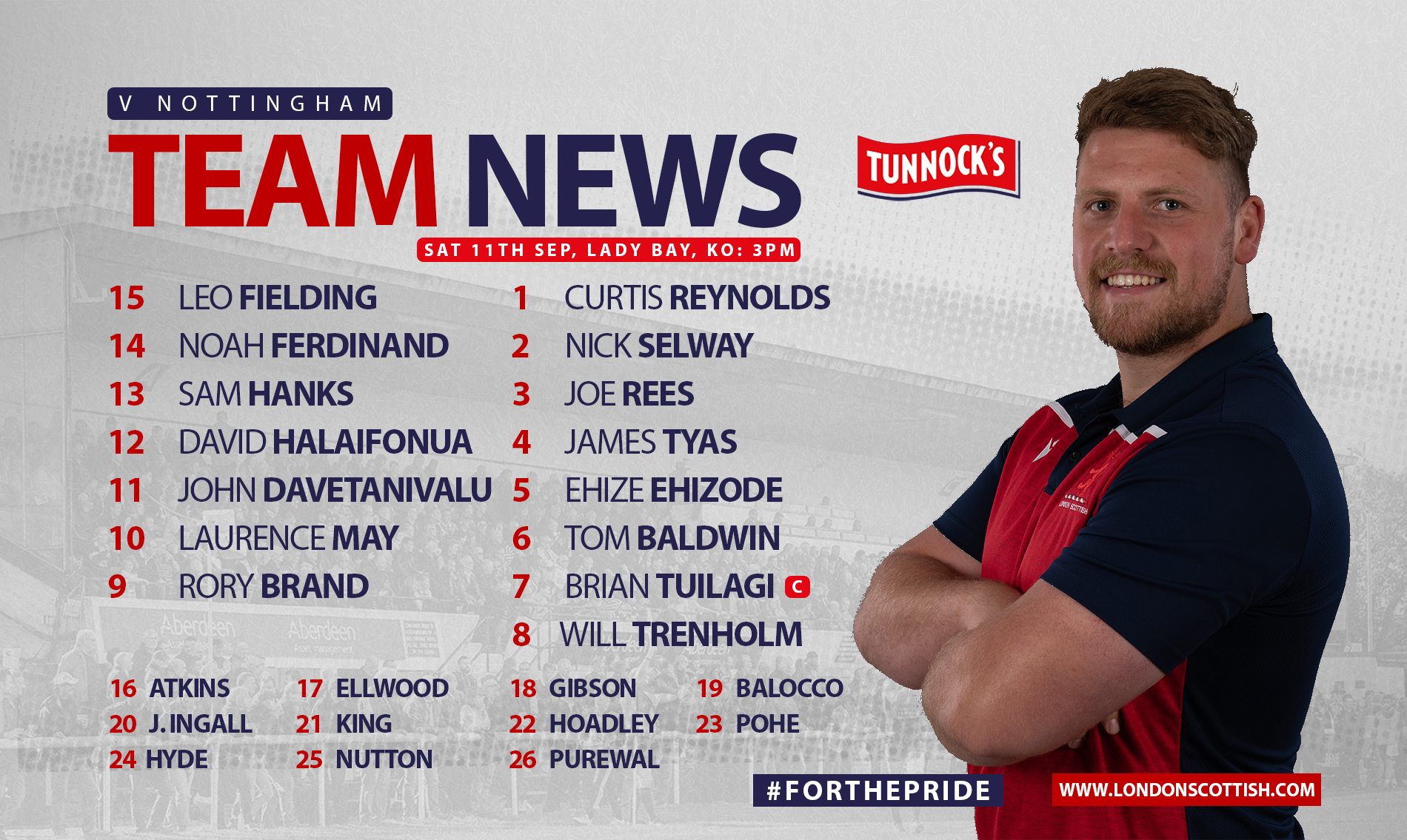 In what will be the side’s final run out before facing Jersey Reds at the Athletic Ground next weekend, Matt Williams has made four changes to the side that narrowly lost to Richmond for tomorrow’s encounter away at Nottingham.

After dominating early on in the derby, the front row remains unchanged as does James Tyas at lock. This week Tyas is joined in the engine room by Ehize Ehizode, who shifts up from the back row.

Brian Tuilagi continues to captain the side from openside, while Tom Baldwin shows his versatility as he moves to blindside this weekend. At eight, duel registered Will Trenholm makes his first appearance in a London Scottish shirt after having a superb game for Harlequins against Cardiff Blues on Saturday.

Fellow duel registered player, albeit from London Irish rather than Quins, Rory Brand comes in to start at nine for the first time this season, while Laurence May continues at ten.

In the centres, Sam Hanks replaces the injured Josh Drauniniu and will partner David Halaifonua. Out wide, John Davetanivalu will join Noah Ferdinand and Leo Fielding in the back three, as he comes in for Rory Hughes who is rested.

There is a wealth of experience among the replacements, including club stalwart Ed Hoadley and Harlequins’s Hayden Hyde who will look to impress during his first outing as part of the Clan.

When discussing the lineup he named for this week’s encounter with the Archers, Matt Williams said: “With just one week until the season starts, this weekend gives us one last the opportunity to test a few things, as well as giving some boys some game time that didn’t play last week.

“I was really pleased in the Richmond game with our intensity from the outset and how much we dominated them up front. This is something we’ll really look to carry over into this weekend’s game.

“The match against Nottingham will be a tough one. The Bay is always a tough place to go so it’ll be a good test of where we’re at in what is only our third game in 18 months.”

We still have some tickets available for our Championship opener next weekend against Jersey Reds. Places in the Saltire Stand and Tartan Terrace still remain as well as our Hospitality packages. Make sure you grab yours today by clicking here.

If you can’t wait until next weekend, then some tickets are still available here for the trip to Nottingham.