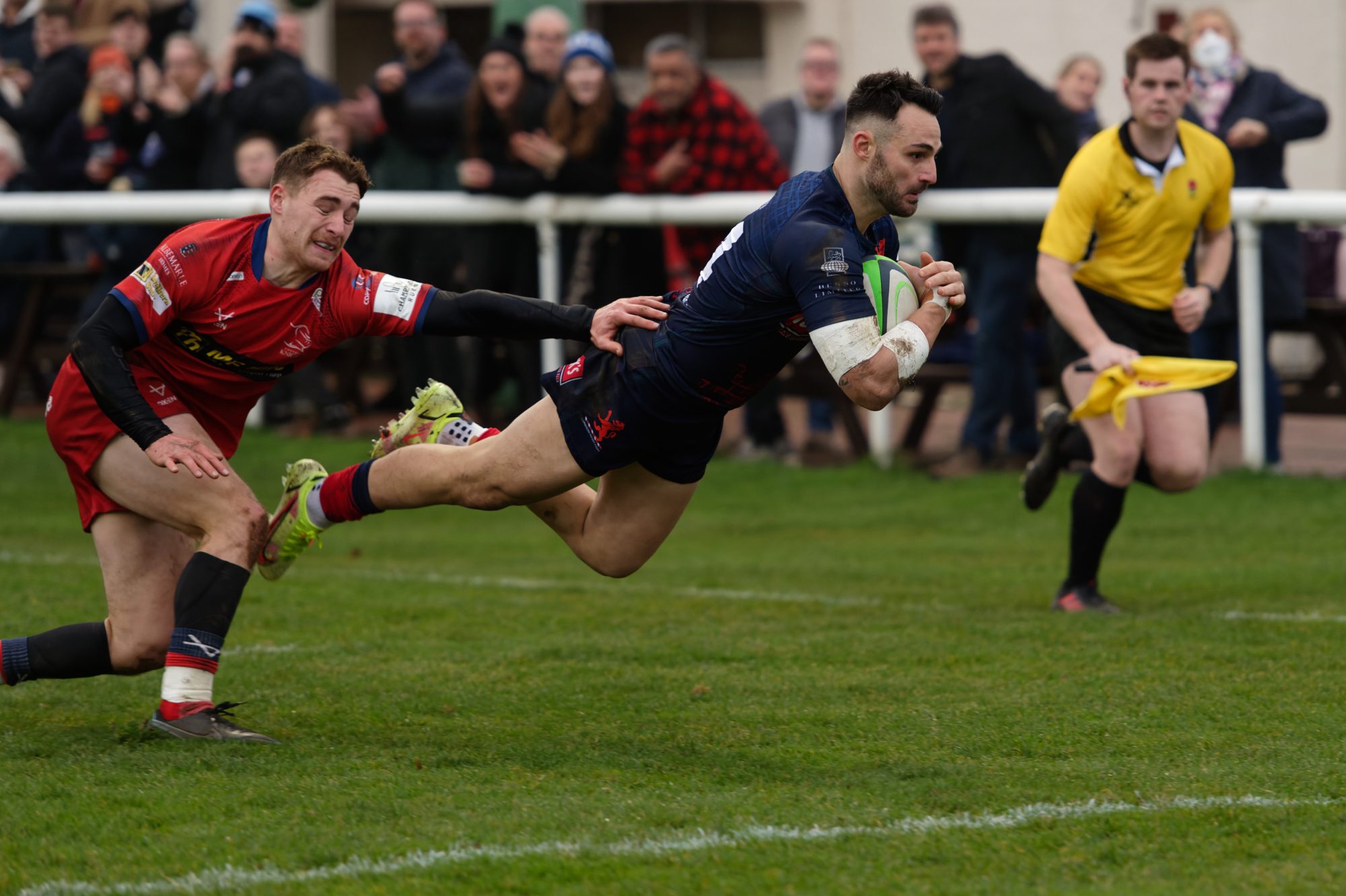 After an impressive 13-year career Sam Baker has made the difficult decision to retire from rugby at the end of the season.

Having previously spent four years at fellow Championship side Ampthill, Baker came to Scottish at the start of the 2021/22 season. He had previously been top try scorer for the Mob and so everyone at the Exiles was excited when he joined the Club.

After impressing in the early weeks on preseason, Baker picked up a nasty injury in July which was expected to keep him kept him out for most of the season. However he fought back well, putting in extra effort with his rehab along side the London Scottish medical team, and made his debut at home on Boxing Day against Doncaster Knights.

As would be expected, he crossed the whitewash within half an hour of making his return to the field! Baker has gone on to make five more appearances for the Club, picking up another try against Coventry.

When announcing his retirement, Baker said: “It’s been a really difficult decision for me to make but I felt like it was the right time. It’s been something I’ve been debating for a while and I had to think about my career post rugby and that’s what I have decided to focus on going forward.

“I want to thank all the lads, the staff, the supporters and everyone at London Scottish in what has been a testing year for us as a team. I am very proud to have represented such a historic club and I’m sure the club will start moving in the right direction again in the near future.”

A great player on the pitch and an even better bloke off it, everyone at London Scottish would like to thank Bakes for his time at the Club and we wish him all the best with his life after rugby!