The Exiles fall in an eighty-point Thriller 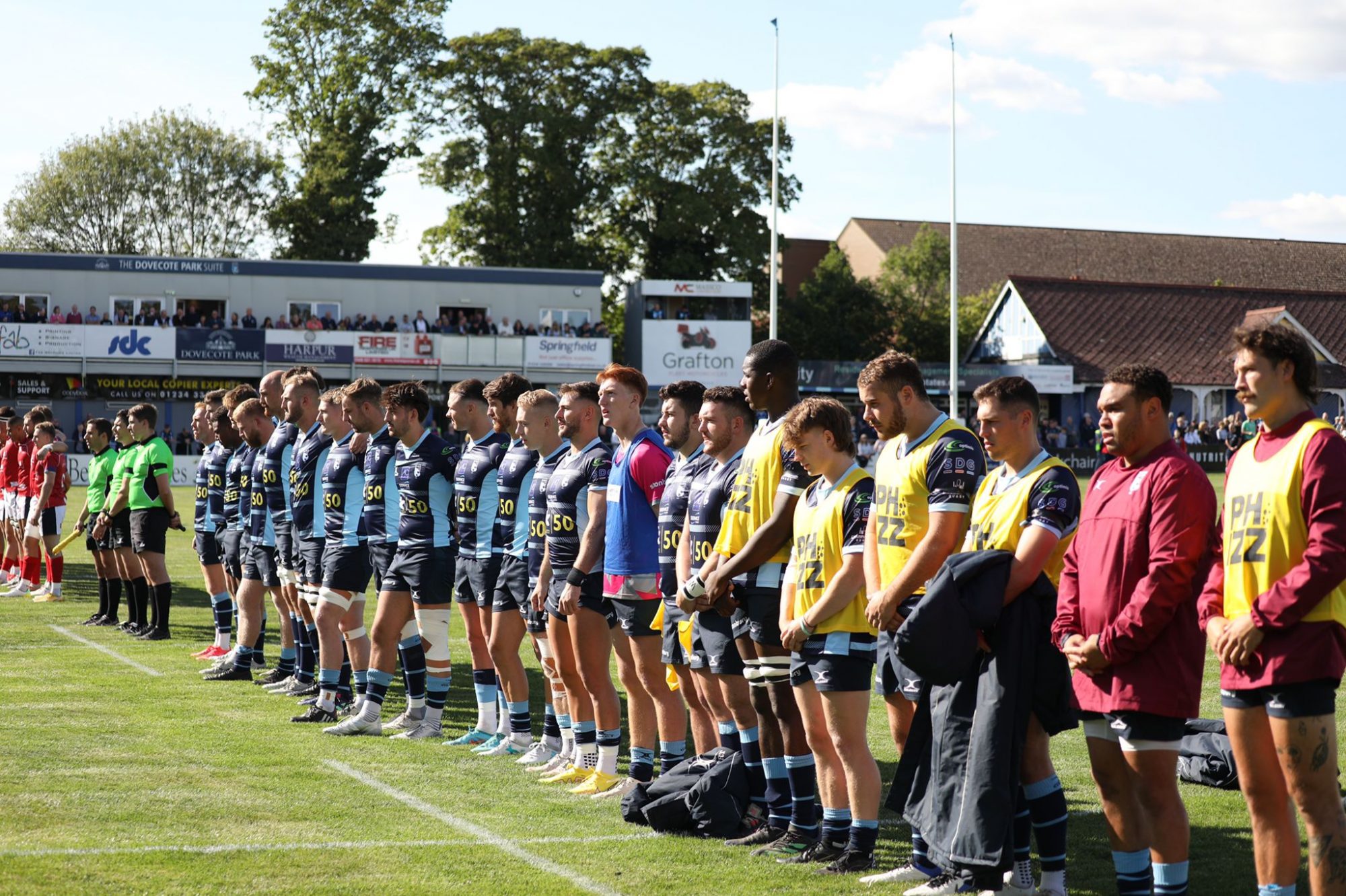 London Scottish travelled to Goldington Road looking to make amends for a disappointing opening day defeat. Bedford Blues would be doing the same looking to bounce back from a loss on the road to Coventry. What would follow was a hotly contested fixture from both sides looking to put right their wrongs from the previous week.

Scottish began the game brightly in the opening minute, controlling possession well but unfortunately an early injury to Bedford lock Robin Williams rather took the sting out of the early stages of the match. Williams left the field on a stretcher but thankfully returned to the bench shortly afterwards to the applause of the crowd.

Bedford reacted much faster to the restart of the game and took control of proceedings very quickly. Scottish made numerous errors in the middle of the park, granting the home side the territory they desired. Once presented with the scoring opportunities, the home side would duly oblige scoring two quick tries in the left hand corner.

Bedford would quickly make the sore 21-0 as the caught London Scottish napping from a kick off. Expecting the kick, the Exiles were caught short on the right hand side as Bedford played from under their own sticks. Beautiful feet and pace to burn from Matt Worley finished off the score leaving London Scottish staring down the barrel after just 15 minutes.

However, the Exiles built back into the game nicely, beginning to wrestle control at the line out and showing their prowess with the ball in hand. Manihera on debut for the Club look particularly sprightly whilst Taulani and Tuilagi provided the power to allow the backs to play.

It was that power that would result in the Exiles first try. Scottish forced the penalty at the driving maul before they quickly went for their tight game under advantage. Bedford held firm but Will Hobson would eventually break the damn to flop over from short range.

However, Bedford would hit back quickly thanks to London Scottish ill-discipline allowing the vital field position. This would turn into their bonus point try despite calls from the Exiles back line that there had been some obstruction in the build up.

On the stroke of half time, however, Scottish would close the deficit once again. More robust forward play would allow Fin Baxter to crash over from short range. Jamie Benson would duly add the extras to make the score 28-14 at half time.

After the break it would be London Scottish who would make the early impact in the second half. A huge scrum followed by a beautiful offload from Villiami Taulani. The ball was quickly recycled and Will Trenholm crashed over in the left hand corner.

Bedford managed the next few minutes well and managed to win a penalty in a kickable area to extend their lead to 31-19. However, this sparked London Scottish into their best period of the game.

The maul became a real weapon for the Exiles during this time. The first score came from a twenty metre drive which Will Trenholm finished off nicely. Then Sam Riley would be the recipient of another perfectly set up drive. Benson would nail the second conversion to bring the scores level at 31 apiece.

However, Bedford would not let this one go without a fight. A lovely first phase move allowed Adamson to kick ahead and score down the left hand side. However, Trenholm would quickly hit back to complete his hattrick and bring to score to 38-36 to the home side.

Entering the final ten minutes, Bedford were the side to control proceedings. A missed tackle off a kick receipt would hand the home side the initiative then two penalties from the boot of the ever reliable Will Maisey would secure the game for Bedford.

Finishing 49-36, it was a thrilling game for all that came out to watch. Ultimately the game was won and lost in that first quarter. A 21-0 deficit proved too large to overcome for London Scottish despite a sensational second half comeback.

Club Captain Joe Rees, noted post match that the character of his squad could not be faulted but there was still plenty to work on going forwards. It was a much improved performance from the Exiles but they still chase the illusive win in the Championship.