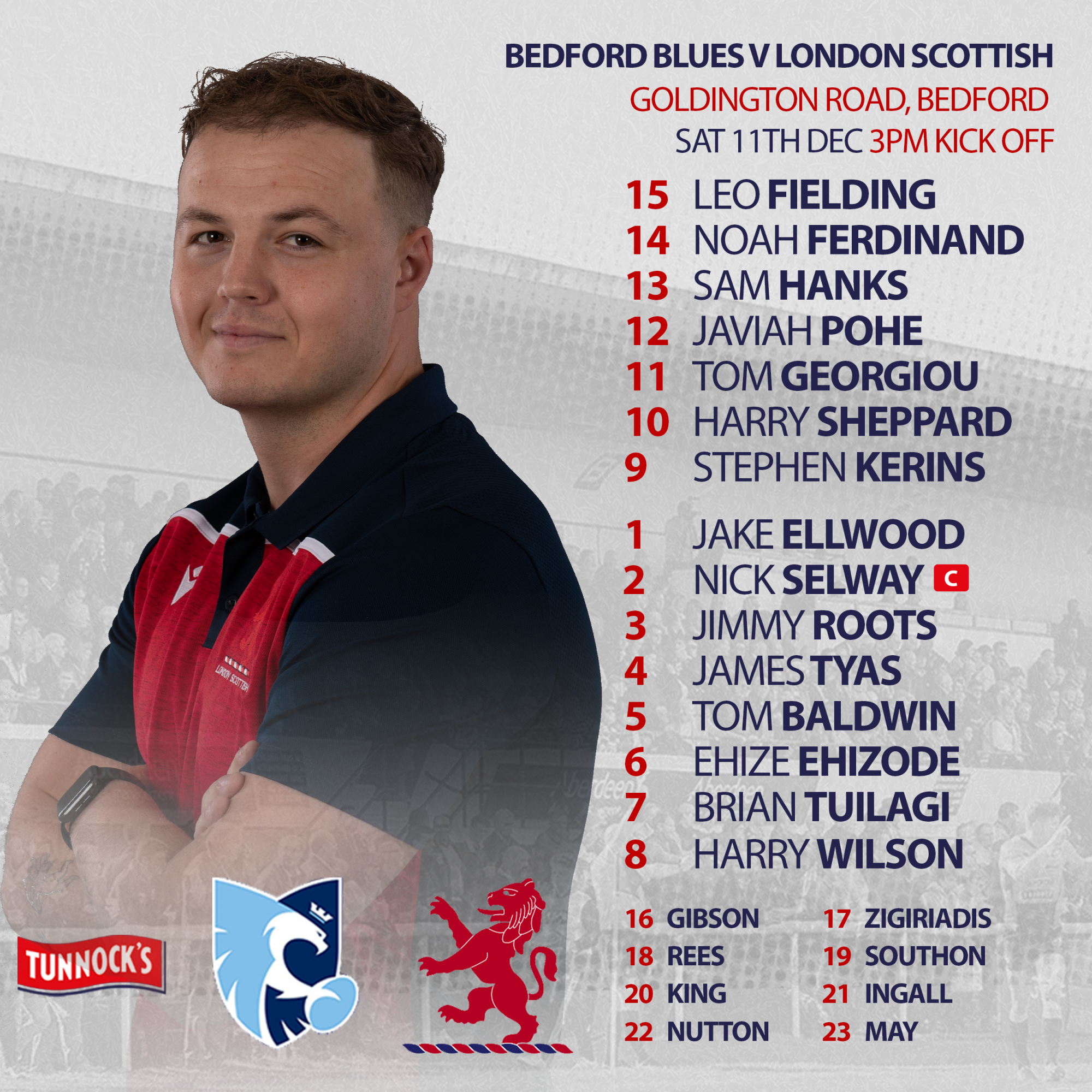 Following on from our inaugural win of the season, Matt Williams has made just two changes to the side that beat Coventry as we travel to Goldington Road.

Up front, Nick Selway continues to captain the side from hooker alongside Jake Ellwood at loosehead. At tighthead, Ealing Trailfinders loanee Jimmy Roots comes in to make his debut for the Club as Joe Rees drops to the bench.

In the engine room, James Tyas reverts back to the second row and will look to dominate the lineout alongside Tom Baldwin.

Following on from his Man of the Match performance, Ehize Ehizode starts at six, with Brian Tuilagi and Harry Wilson making up the rest of the back row.

Our only other change comes in the halfbacks, with fellow Ealing loanee Stephen Kerins returning at scrum half following on from his strong debut against Cornish Pirates. At flyhalf, Harry Sheppard will be relishing the opportunity to return to the ground he once called home after spending two seasons at Bedford.

In the centres, Javiah Pohe and Sam Hanks retain their spots, while there is some shirt switching in the back three as Leo Fielding returns to fullback allowing Noah Ferdinand and Tom Georgiou to start on the wings.

Among the finishers, Ealing’s Lefty Zigiriadis could make his debut for the Exiles at prop while Jack Ingall also returns to the 23 having recovered from injury. The 6/2 split on the bench is aided by the versatility of Dan Nutton and Laurence May.