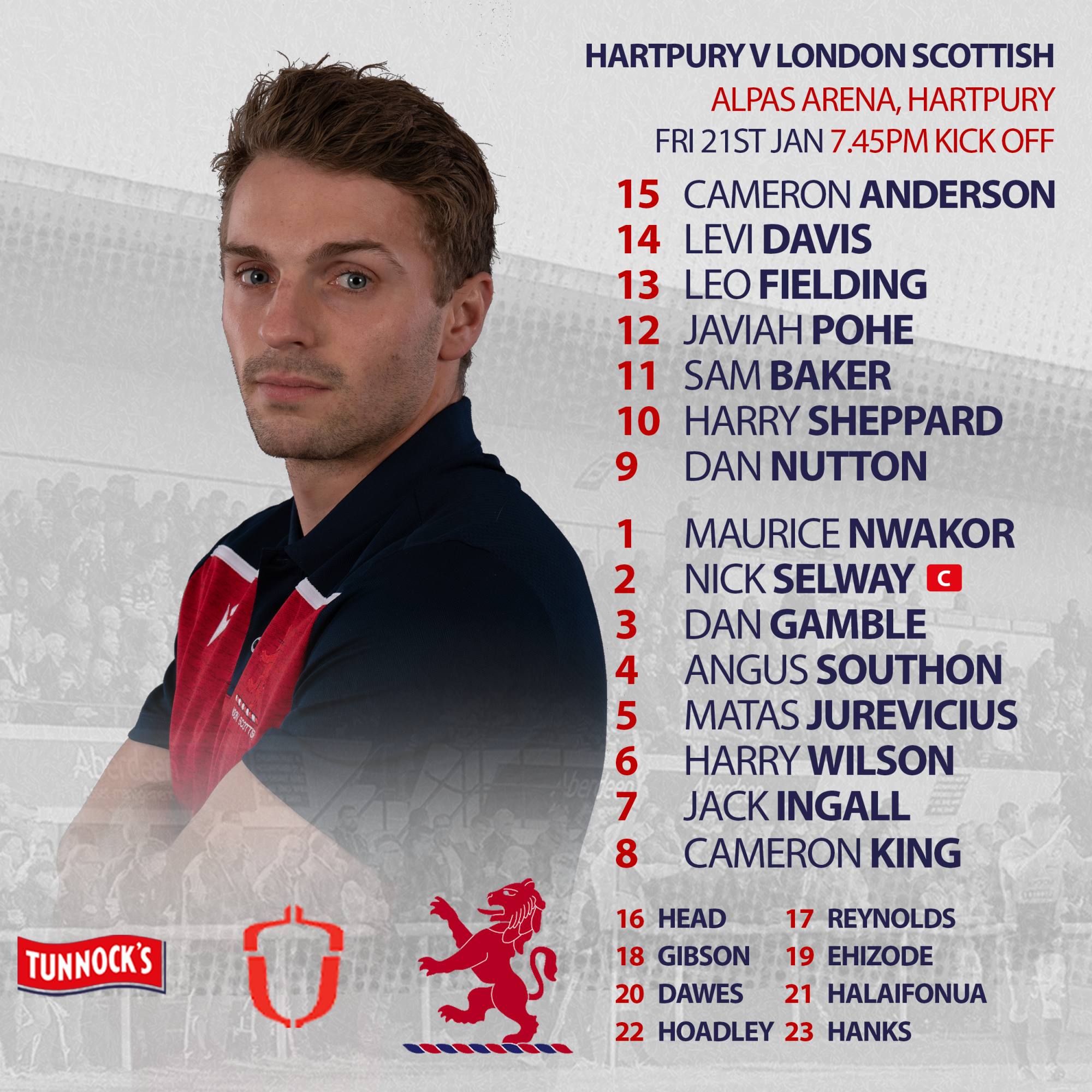 New signing Levi Davies and duel-registered Cameron Anderson will both start in tomorrow night’s trip away at Hartpury.

Anderson, who is currently at Wasps will begin at fullback, while Davis, previously at Bath, will be on the right wing. Joining them in the back three is Sam Baker who will be looking to perform as he returns to Hartpury.

In the centres, Javiah Pohe returns to the starting lineup after impressing off the bench last weekend. He is joining Leo Fielding in the midfield, while Sam Hanks makes way.

An injury to Stephen Kerins sees him unavailable at scrum half which allows a recall for Dan Nutton to partner Harry Sheppard in the midfield.

In the front row, Maurice Nwakor and Dan Gamble both coming into the starting team after impressing in the second half. They slot in either side of captain Nick Selway who also spent time at tomorrow’s hosts.

In the row, duel-registered Matas Jurevicius returns from Harlequins to partner up Angus Southon with Harry Wilson shifting to blindside, Jack Ingall coming in on the openside and Cameron King starting at Number 8.