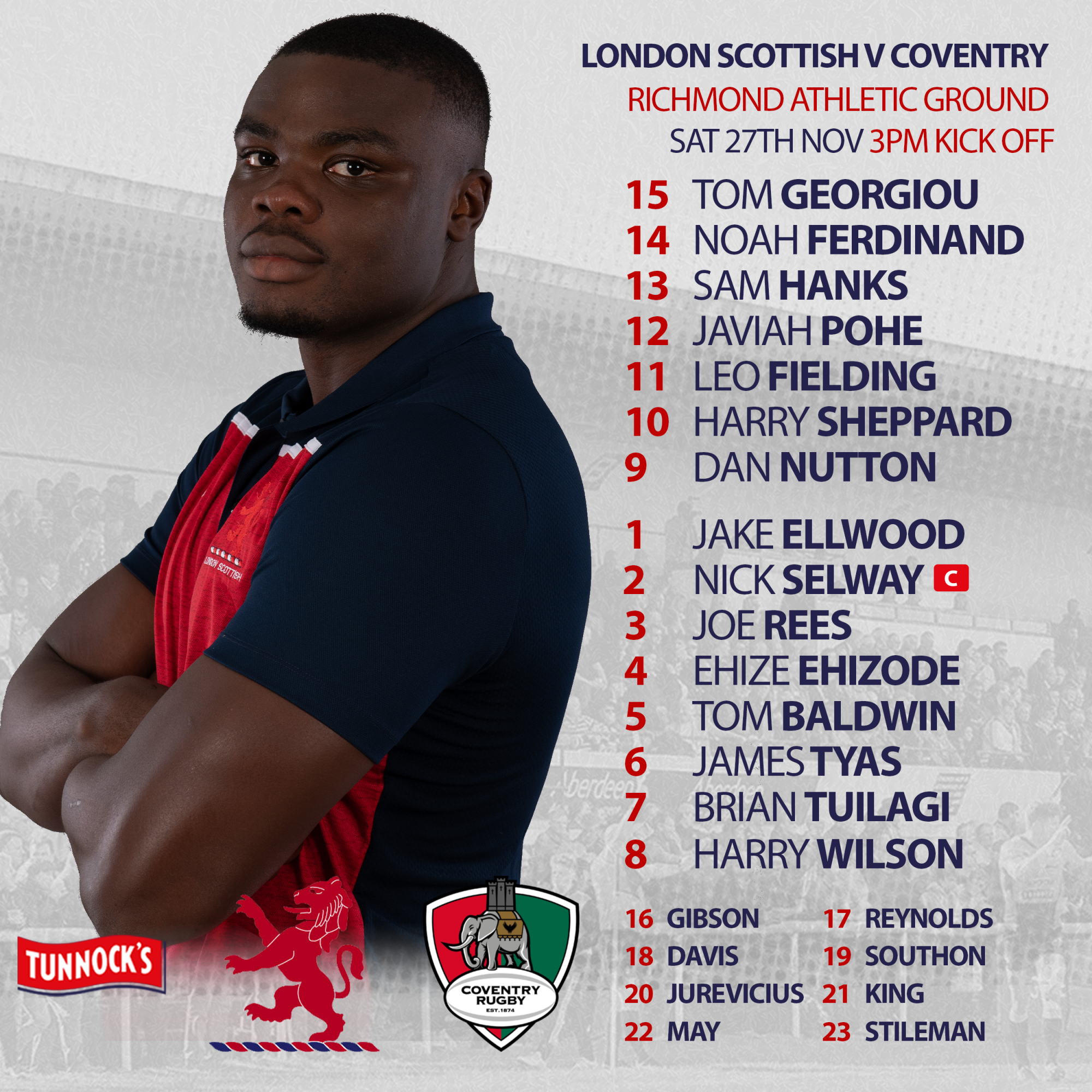 After two weeks on loan at Wasps, James Tyas is one of five changes in Matt Williams’s side for Saturday’s clash against Coventry at the RAG.

Unsurprisingly, the same front row of Jake Ellwood, captain Nick Selway and Joe Rees has been named as we again look to dominate the set piece.

Tom Baldwin continues in the second row after an impressive performance at Nottingham on Friday night, while Ehize Ehizode wins his first start for the Club.

James Tyas returns to the side on the blindside while Brian Tuilagi shifts to the openside with new signing Harry Wilson starting at 8 after his strong performance from the bench at the Bay.

At halfback, the versatile Dan Nutton moves from fly-half to scrum-half while Harry Sheppard claims his first start at 10 of the season.

Sam Hanks keeps his spot at outside centre while Javiah Pohe forces his way into the starting team after his try scoring impact from among the finishers on Friday night.

In the back three, Noah Ferdinand is on one wing while Leo Fielding shifts to the other, allowing Tom Georgiou to come in at fullback.

Among the finishers is Cameron King, Alex Gibson and Harlequins duel-registered Matas Jurevicius.

Tickets are selling fast so to avoid disappointment, make sure you buy yours now by clicking here.