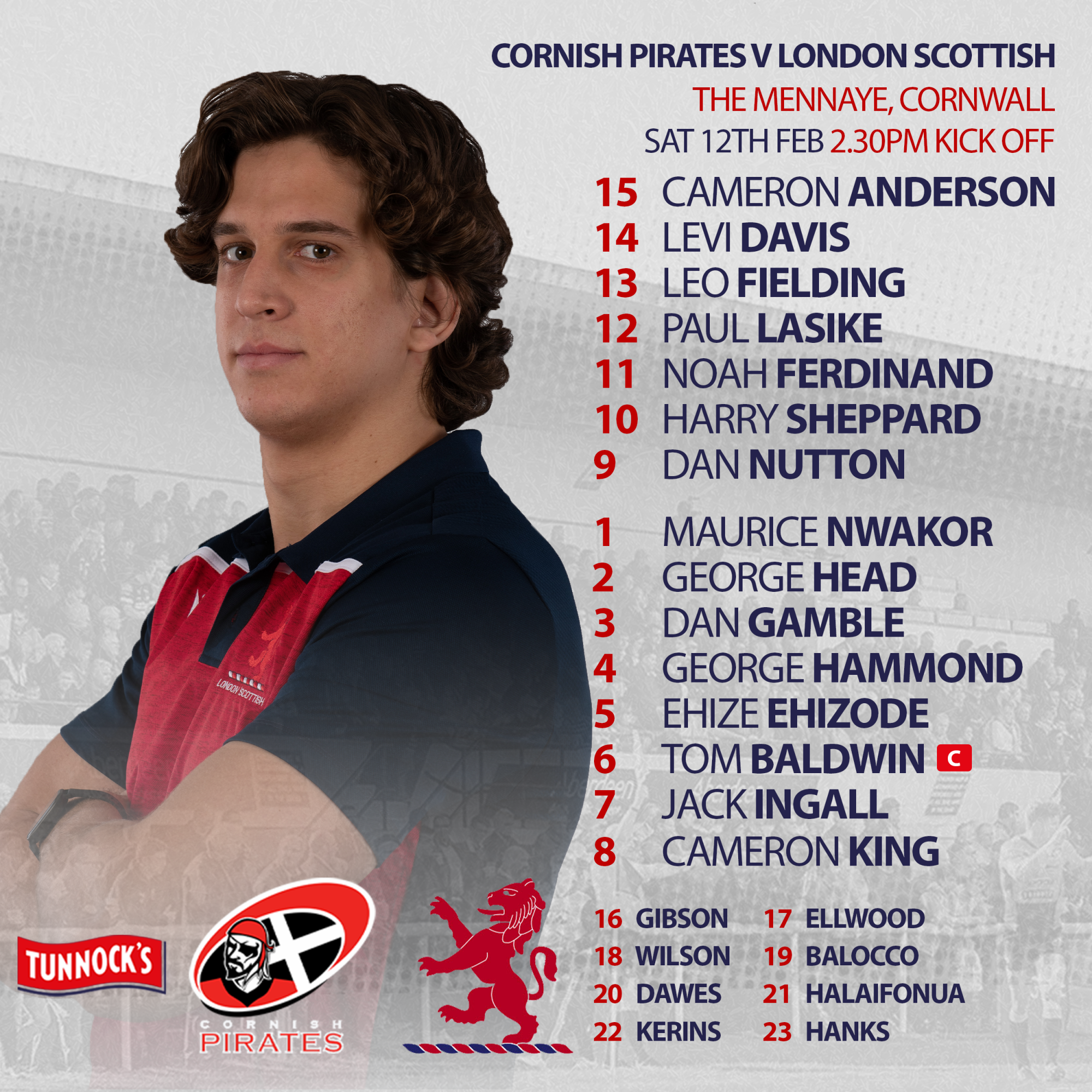 American International Paul Lasike will make his London Scottish debut on Saturday as the Harlequin loanee starts at inside centre as the Exiles name a strong side to head down to the Mennaye.

Up-front, the mobile Maurice Nwakor and Edinburgh loanee Dan Gamble are either side of Quins’ dual-registered Geogre Head who impressed off the bench in our 31-31 draw at Hartpury.

In the engine room, Ehize Ehizode comes in to start and will partner Quins’s Geogre Hammond who recently scored in the Premiership against Bath down at the Rec.

New Club Captain Tom Baldwin will start on the blindside, with the versatile Jack Ingall on the openside and the ever electric Cameron King packing down at 8.

Dan Nutton and Harry Sheppard both continue at halfback after their superb game management and attacking flare last time out at the ALPAS Arena.

As mentioned, USA International Lasike will be in the 12 shirt while the ever impressive Leo Fielding keeps his spot at 13.

Out wide, Noah Ferdinand comes into the starting team on the left wing, while Levi Davis and Cameron Anderson continue on the right wing and at fullback respectively.

The bench is possibly the strongest that it has been all season. Alex Gibson, Jake Ellwood and Mak Wilson, who started for Harlequins against Castres last month will be looking to make an impact when they come on in the front road.

Edoardo Balocco, Morgan Dawes and David Halaifonua will add more power, while Stephen Kerins and Sam Hanks will look to inject further pace into the game.

Tickets are still available for the game, but if you don’t fancy the trip down to Cornwall, there is a live stream courtesy of our hosts which can be purchased here.