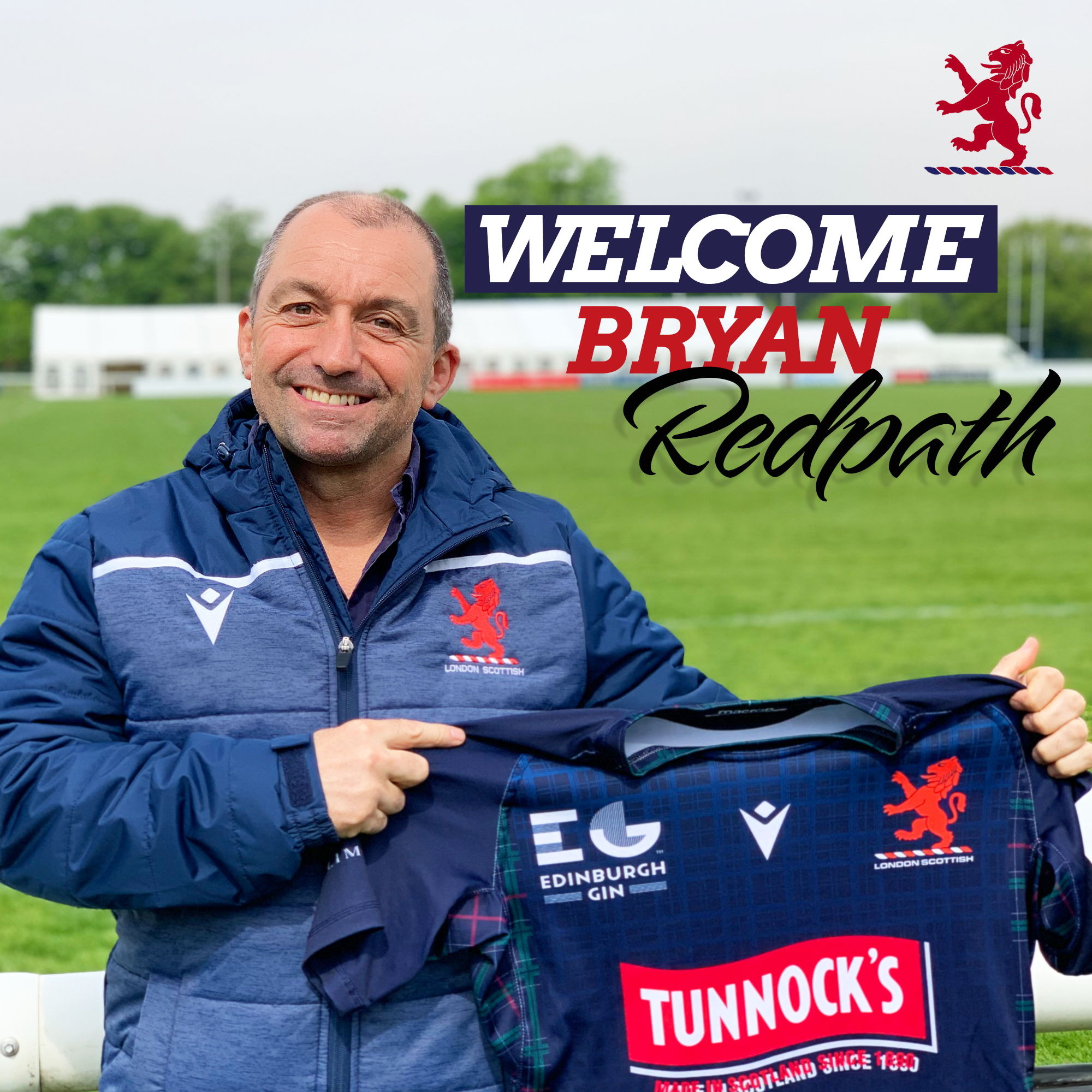 London Scottish are delighted to announce that Bryan Redpath has joined the Club as the new Director of Rugby.

The former scrumhalf, who has 60 caps for Scotland and has captained the national side on 26 occasions, went to three World Cups as well as having a successful club career with Melrose, Narbonne and Sale Sharks.

After retiring from playing, Redpath joined Gloucester Rugby as backs coach in 2005, before being promoted to Head Coach in 2009. He stayed there for three years before moving back to Sale in 2012 as Director of Rugby and then moving on to then Championship side Yorkshire Carnegie (now named Leeds Tykes) in 2015.

On joining London Scottish, Redpath said: “I’m delighted to have the chance to join London Scottish at what is an incredibly exciting time for the Club. The partnership with Harlequins is a great opportunity to build a lasting and competitive playing pathway for London Scottish players alongside Quins players.

“Being a proud Scotsman myself, it feels like a natural fit to join London Scottish and the main focus for me is to get the Club back to being very competitive in the Championship after some tough times in recent years.

“I’d also like to thank Jackson Swiss Partners for allowing to take on this role while I continue to work alongside them.”

London Scottish Chairman Roddy Caxton-Spencer said: “Not only is it great to have found a new Director of Rugby so quickly, but I’m delighted we’ve managed to secure someone of Bryan’s calibre and experience. It feels fitting that we have a Scottish rugby legend now at London Scottish and I’m incredibly excited for the future.”