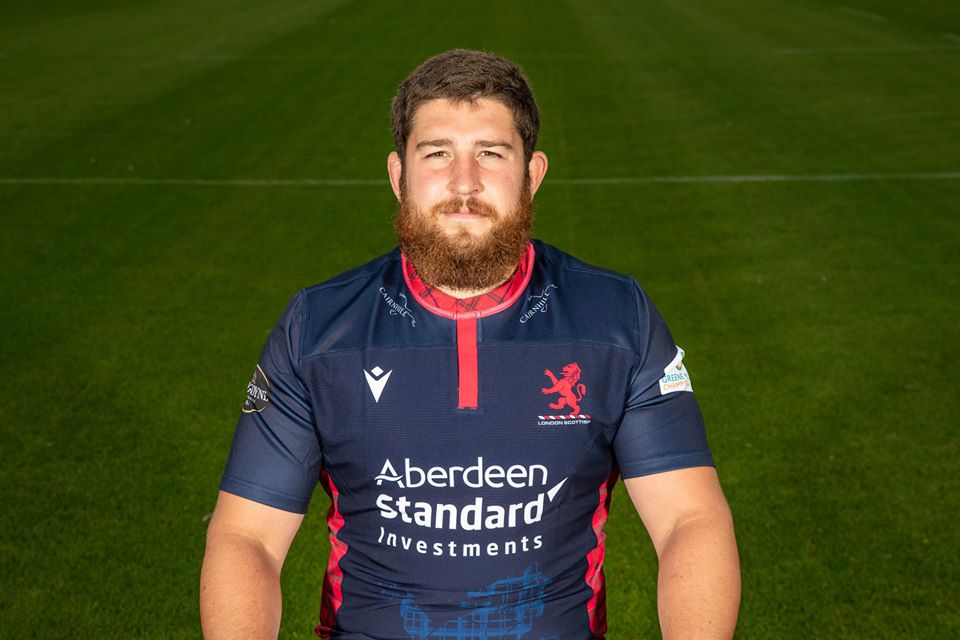 London Scottish Young Lions returned to winning ways last weekend in Round One of the National Colts Cup plate section, defeating Southampton Trojans 19-14 away from home.

The appalling conditions played a huge part in what was a scrappy but disciplined performance by London Scottish who prevailed in a closely fought battle.

From the first kick-off it was evident that the gale force winds blowing the length of the pitch would dictate the tone of the match.

The Trojans side used the tail wind to their advantage, pinning the Scottish team in their own half for the first 10 minutes.

However the small amount of possession the Scottish team were to hold on to was quickly converted into good yardage as the forwards led the charge up field with Tristian Davies and Charlie Currie impressing.

It wasn't long before Alex Mitchener crossed for the first score of the match.

This was a wake up call for the well drilled Trojans outfit and they responded with two quick tries after some excellent driving play by their forward pack.

With the momentum firmly with the Trojans side it was time for the young lions to bring on their secret weapon – Cowboy!

With his first touch of the ball he fended off no less than six would-be tacklers, running the ball out from the Scottish try line all the way to the opposition 10m line before off loading to Alex who turned on the gas to run in under the sticks.

This inspiring passage of play lifted the spirits and straight from the re-start the young lions were pressuring the Trojans line.

After a number of skirmishes for the line, Sam Griffin drove over from the side of a ruck for a classic opportunistic try.

Alex then added the easy two which stretched the lead going into the break to 19-14.

The second half was an even tighter and scrappier affair.

The Trojans had worked out our game plan of kicking for territory whenever possible and they countered this with some excellent inter play with their back three.

A huge defensive effort was required by the young lions team and with the introduction of some fresh legs they didn't disappoint.

Although no points were scored by either team in the second spell there was some fine rugby on display.

Captain Joe Meredith led the side brilliantly and his 'chop' tackles stifled any attempts by the Trojans forwards of making ground.

The final whistle couldn't come quickly enough as the players and more importantly the supporters were soaked through and in desperate need of the warmth of the club rooms.

Man of the Match – Tristian Davies